The 2009 World Series of Poker is underway in Las Vegas, Nevada at the RIO, with the second event which was the 40th Annual No Limit Hold’Em now completed. There are 57 scheduled events in the lineup, but what makes this one so intriguing is that it’s a high stakes game of poker which attracted the best players from everywhere. Out of the 201 players who paid $ 40,000 USD per seat, many came from the United Kingdom, Russia and parts of Europe to participate. Seen in the field were players like David “Devilfish” Ulliott, Neil Channing, John Duthie, Peter Gould, Nicolas Levi, Bruno Fitoussi, Bertrand Grospellier, Jeffrey Lisandro, Ivan Demidov, Peter Eastgate, Kirill Gerasimov and Vitaly Lunkin. First place provided a $ 1,891,012 USD payday out of a $ 7,718,400 prize pool that would be divided up between the top 27 finishers. The size of the pool shattered the record for the largest non-main event prize pool in WSOP history. All players received 120,000 chips to start with during this 4 day event.

Day 1 began with 2008 Main Event champion Peter Eastgate from Denmark giving the order to shuffle up and deal. One of the early busts was Per Magnus Ummer who was beaten down to 2,300 chips before losing to the full house (5’s/10’s) of Hasan Habib. Later on, in a hand between Canadians Douglas Lee and Daniel Negreanu, it was Negreanu who went to the rail after meeting the set of 3’s held by Lee. It got rough even for Peter Eastgate who was finished after his all-in move lost to the set of Jacks held by Charles Lehr. Ludovic Lacay from France was losing, but got back in the game with a full house (6’s/2’s) resulting in a 130,000 chip stack in front of him. Ivan Demidov of Russia also ended his chance for this bracelet after his pocket J’s lost to the paired Aces of Noah Schwartz. Also joining the list of the fallen were Dario Mineri, David Benyamine, Gavin Smith and Alexander Veldhuis from the Netherlands. But some who made the cut for Day 2 included a bearded Andrew Black from Ireland, british poker players David Ulliott, Christopher Moorman and Neil Channing, chip leader Bruno Fitoussi from France (812,500), Vitaly Lunkin along with Kirill Gerasimov both from Russia. In total there were 89 that would take seats for the next round.

The second day had Bill Chen bust in the first 10 minutes of play courtesy of Mark Seif. Later on, John Duthie from London lost out to Frank Kassela. Duthie looked good with pocket 10’s to the pocket 8’s of Kassela until another 8 came on the turn ending Duthie’s chance for a bracelet. He was followed by David “Devilfish” Ulliott who had his pocket K’s crushed by a set of 7’s, Christopher Moorman from the UK and Bruno Fitoussi from France who started the day off as chip leader but ran into many bad situations and lost lots of chips. Canadian player Terrance Chan also ran into bad luck, losing his last chips to the two pair (10’s and A’s) belonging to Emil Patel. But Neil Channing remained in the row after taking out top players like Kenny Tran as did Sorel Mizzi of Canada who got a big boost in chips after taking out Phil Ivey. Main Event champion Greg Raymer steamrolled his way through opposition to finish the day with 2,287,000 chips. Unfortunately, Chris Moneymaker after building up his stack to over 1.1 million, ended up losing everything and was eliminated from the event. So after 8 1/2 hours of play, it was time to bag chips for the 24 players that remained.

Day 3 had the goal of playing down to the last 9 players for the final table. Action started at 2:00 pm, and so did the eliminations. Within the first 5 minutes Andrew Robl finished in 23rd losing to the paired A’s of Greg Raymer. Soon after, Neil Channing ended his quest for the bracelet in 20th place taking home $ 71,858 for his efforts. Neil was under the gun when he pushed 258,000 chips to the middle holding A 5, but lost to the paired K’s of Issac Haxton. Andrew Black pocketed the cash for 19th place when his two pair (A’s and J’s) lost to a larger two pair (A’s and K’s) belonging to Dani Stern. Brian Rast went out in 14th place after meeting the quad 5’s held by Vitaly Lunkin from Russia. It finally whittled down to having Tony G leaving in 10th place after losing to the paired 10’s of Vitaly Lunkin. Also, to give credit where credit is due, Greg Raymer received pocket A’s three times and pocket Q’s once, had them all cracked and still ended up with 3,345,000 chips for the final table. We will see who becomes champion.

Day 4 will have the final table filmed by ESPN, so keep that in mind as this event should not be missed. Action started at 3:00 pm, continuing at level 25 with blinds at $ 40,000/$ 80,000 and an ante of $ 10,000. First to leave in 9th place was Ted Forrest as his hand was beaten by the pocket 3’s of Noah Schwartz. Soon after, Noah was busted in 8th courtesy of the pocket A’s that belonged to Greg Raymer. The magic came back to Raymer as he doubled up through Issac Haxton ending with a stack of over 5.5 million chips. Most of the play for the first two hours did not see a flop, so boldness and good cards generally got the blinds and antes. But eventually action did come back as Lex Veldhuis finished in 7th, losing to Greg Raymer who held pocket K’s. In 6th place was Alec Torelli, beaten by the 10 kicker of Issac Haxton. Then it became Justin Bonomo’s turn to say goodbye as his all-in move with pocket J’s was met by the pocket A’s of Haxton. Haxton then received another Ace on the river for a set, sending Bonomo to the rail in 5th. Dani Stern picked up the cash for a 4th place finish after losing to the Ace high hand of Issac Haxton. Next one out was Greg Raymer in 3rd who received a standing ovation from the crowd for his performance. What happened is after a number of raises and re-raises from both Haxton and Raymer, Raymer moved all-in with 8,105,000 and was called by Haxton who barely had him covered. Raymer produced pocket 5’s, but Haxton produced pocket 9’s which ended up giving Haxton the higher two pair by the river (9’s and 3’s) and the win.

At the beginning of the heads up Haxton had 16,495,000 chips verses Vitaly Lunkin with 7,520,000. Action continued at level 29 with blinds at $ 90,000/$ 180,000 with a $ 20,000 ante. Lunkin then proceeded to win 3 million with a 10 high straight, then another 3 million a few minutes later. Over time with the precision of a surgeon, Lunkin took huge portions of Haxton’s stack. Then the winning hand takes place. After a flop of Qd 10d 8d, Lunkin went all-in and Haxton called with 5,635,000 in his stack. Lunkin turned over pocket A’s and Haxton showed 3d 8c. Turn card was a 7c and the river a Ks, giving an incredible victory to Vitaly Lunkin! His friends ran from the stands and wrapped him in a Russian flag to celebrate. Congratulations to Vitaly Lunkin. 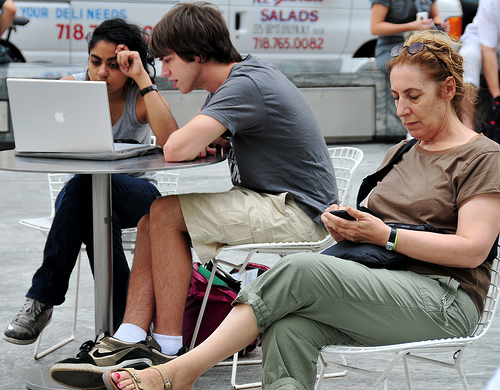